To keep an eye on your exposure during your photography session, you can read your histogram. This takes some knowledge and practice before you have it under control, but once you gain that control it can prove to be a very useful aid.

Defenition of the histogram

A histogram is a graph in which every tone is represented by a bar and the height of the bar determines how often a certain tone occurs with respect to the other tone values.

In different words, a histogram is a graphical way of displaying the tone range within your photograph and helps you evaluate if the photograph has been exposed correctly. Your camera counts every pixel of a certain tone and put’s it every graph in a diagram.

Before you think: “Okay, I don’t understand any of it, never mind….”, I will explain it all to you! At the end of this lesson, you will know how to read the histogram and see if your photograph is properly exposed.

Why is histogram handy?

When you are able to correctly read the histogram, you can see if the exposure is as you expect. Sometimes there is over- or underexposure while you can’t tell by looking at the screen of your camera, especially in bright sunlight. It would be a shame if a dark area’s of your photograph became completely black or bright parts became completely white while you could have had some detailing going on there. When there is over- or underexposure you don’t get this detailing and you lose information you can’t get back during post-processing either. By looking at your histogram you can see if this is going on within the blink of an eye.

How does the histogram work?

Firstly, let’s look at a simple version of the histogram. The “photograph” below is made of a few pixels. On image 1, you can see the photograph as you would see it. In image 2 the photograph is transferred to black and white and the pixels are being counted. In image 3 you see the graphical representation of this “photograph” in the form of a simple histogram. In this case, there are three different tones: white for the background and eye, black for the bird and orange/grey for the beak of the bird. You can make three bars. The more tones of grey you have, the more bars you can draw. In reality, your histogram has a bar that goes from 0 (pure white) to 255 (pure black) and makes a graph that consists of 256 bars. This makes the histogram a factual representation of your photograph. There is no “good” or “bad” histogram, you can only use it as an aid and only you can judge if it looks like you have in mind. 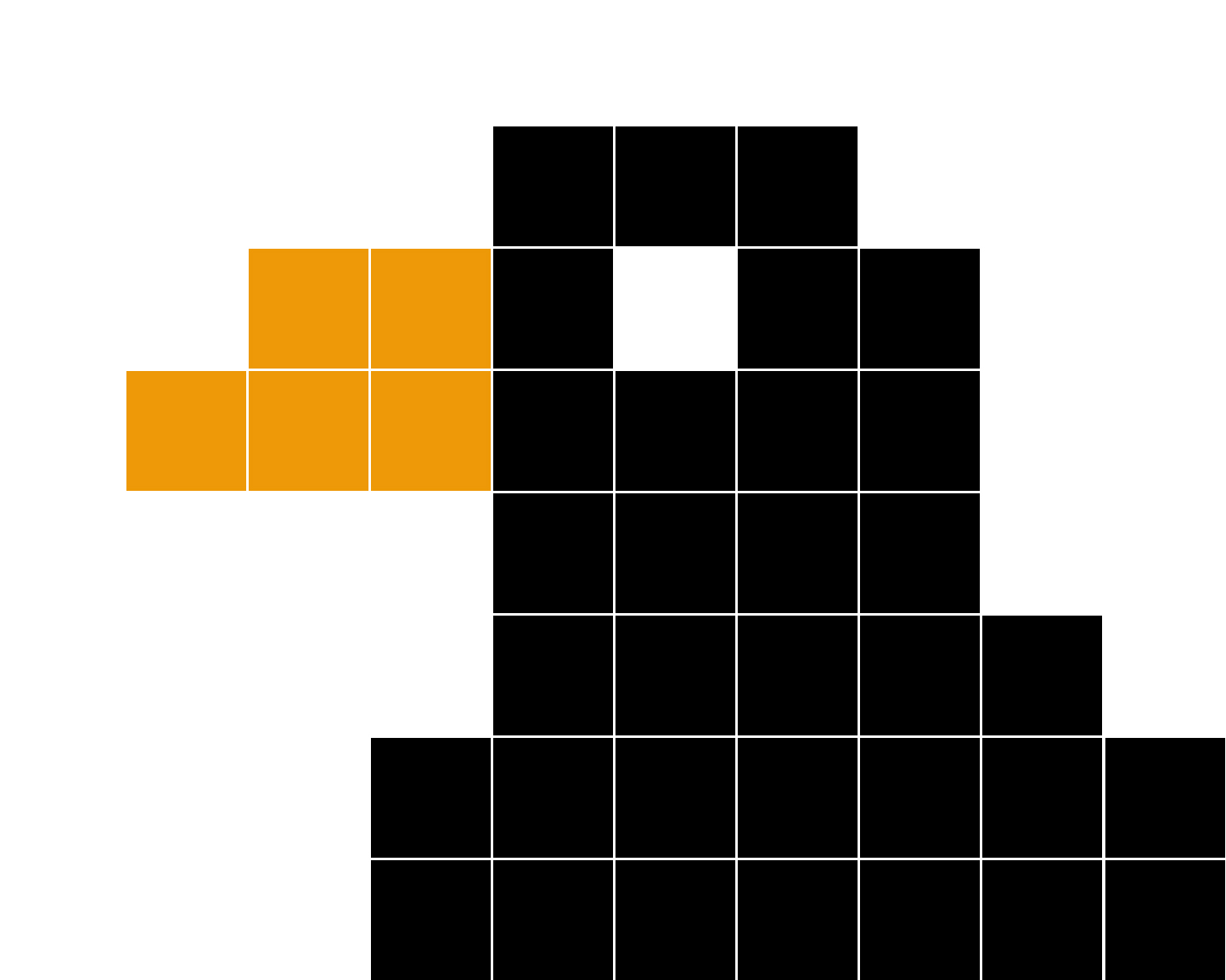 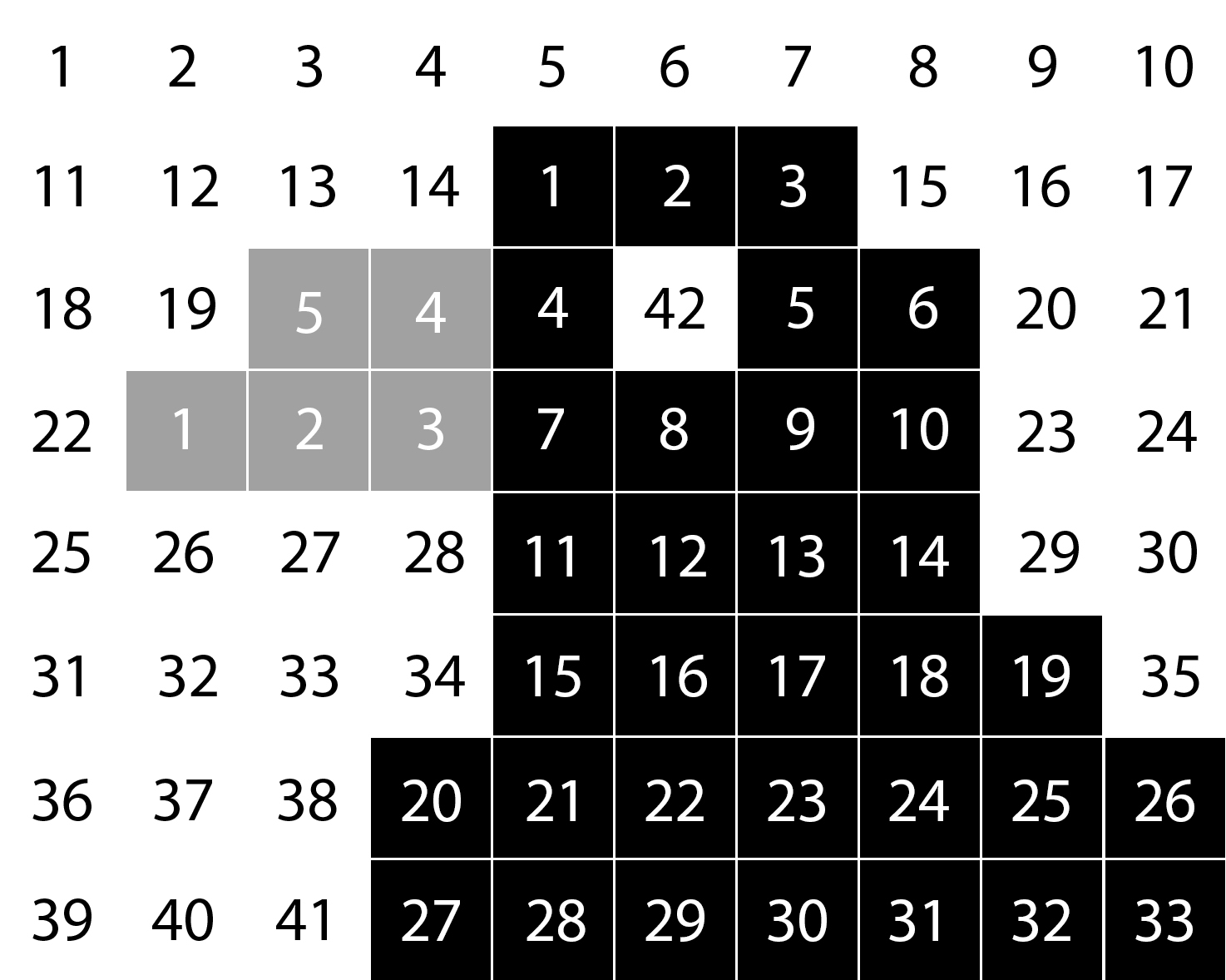 Img – pixels are being counted 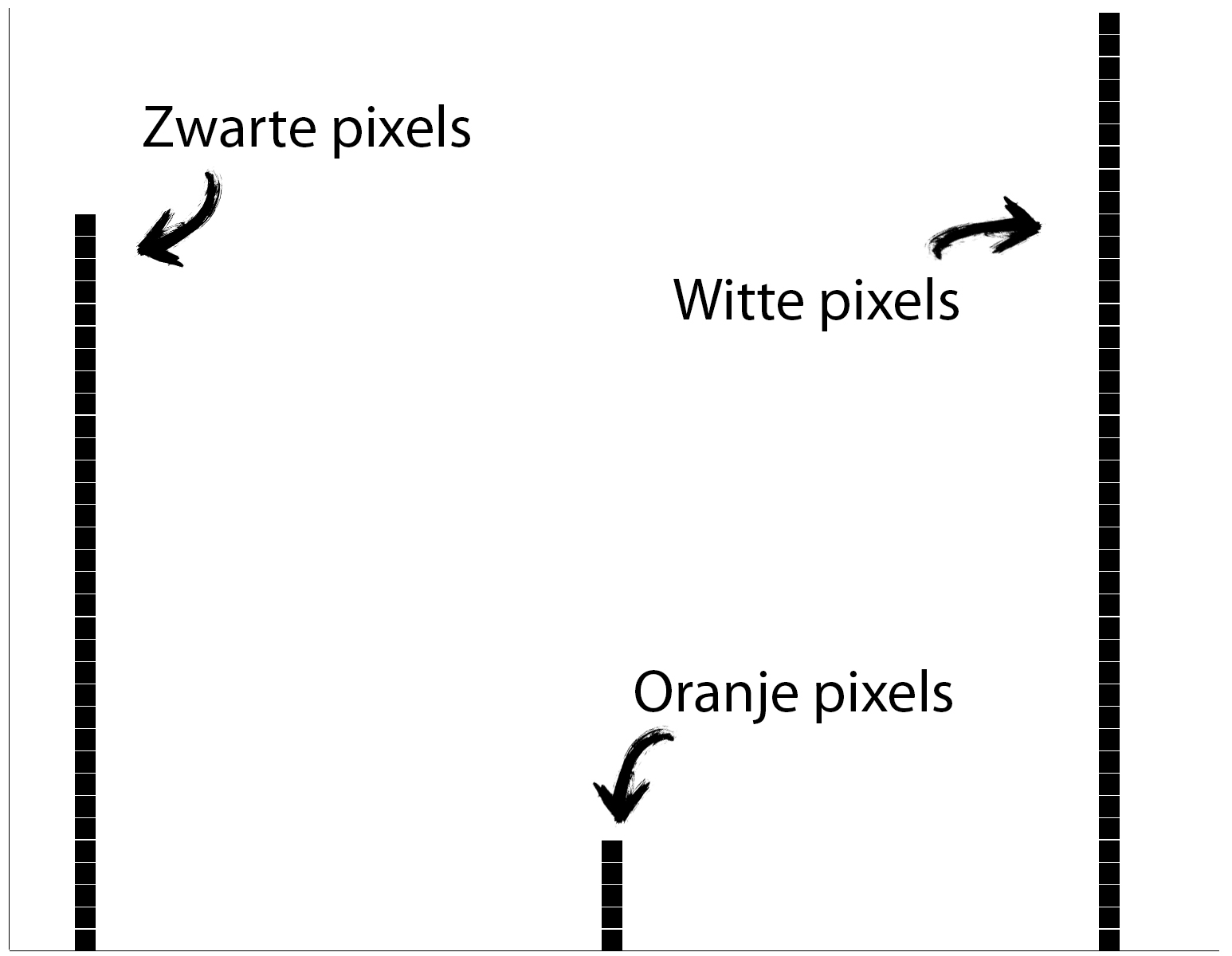 Img 3 – graphical representation of the histogram

To make more clear how the histogram works and what you can do with it I will explain a few different situations which you could encounter while working with a histogram.

The graph leans against the right side

Image 4 is a typical example of a photograph where the graph leans to the right side but the photograph itself is not overexposed. This photograph was created in the studio with a white background, the goal here was to get the graph to lean right, so the background actually is purely white.

For image 5 it’s a different story, this is a photograph of a snowy landscape. With this picture, you want to save as much detail as possible. When the graph touches the right side, you’ll know you’ve lost detail there in the lightest parts. If you see this happening when you are photographing, you can change your exposure to make it a bit darker. When you are photographing in manual mode, you can close down your aperture, shorten your shutter speed or lower your ISO. Are you photographing in an automatic or semi-automatic mode? Then you’ll need to use the exposure compensation and put it on a minus-number.

Graph leans against the left side

When you are making silhouette photographs like in image 7, you are trying to get the silhouettes purely black most of the time, in this case, the graph is meant to lean to the left as well.

In Image 8 it’s not the intention to have black clipping, this image is a bit underexposed. When you see this happening when you are photographing you can remedy this by adjusting your exposure a bit. When you are photographing in manual mode you can open up your aperture, lengthen your shutter speed or up your ISO. However, are you photographing in an automatic or semi-automatic mode? Then you’ll need to use the exposure compensation and put it on a positive-number.

Graph leans against both sides

When the graph leans against both sides, there is not a lot you can do to fix this by choosing different settings. When you see this, it means the contrast within your photograph has become greater than your camera can handle. Now it’s time to make some artistic choices, do you value to keep detail in the light area’s or are the details within the shades more important to you?

In image 9, where the man is staring out of the window, the histogram can’t be “repaired” by choosing different settings so you would see all details of both the wall and the sea and sky. Within the histogram, there is not enough space to move the graph enough to prevent clipping on either side. This does not have to be a big deal, the focus needs to be on the man and the sea and sky he’s looking towards anyway, the details of the wall are not important.

When you have to choose between under- and overexposure?

Is it a bad thing if the graph is leaning against one or both sides?

It doesn’t have to be! It’s a good thing to know how the histogram works and it can be very convenient to check it every now and then but you need to make absolutely sure you don’t lose your creativity as a photographer by minding the technical details too much. There are photographers who over- or underexpose their photographs on purpose. For example a portrait with the sun coming in from behind or a portrait with a lot of shadows. It could be a part of your creative process to make use of the “clipping” of the white or black parts of your photograph. The histogram is nothing more than a handy tool, it shouldn’t become a goal on itself to chase the “perfect histogram”. There are a lot of photographers who have the opinion the histogram, under no circumstances should touch the sides. Then you wouldn’t even be able to create image 11 and 12 at all! 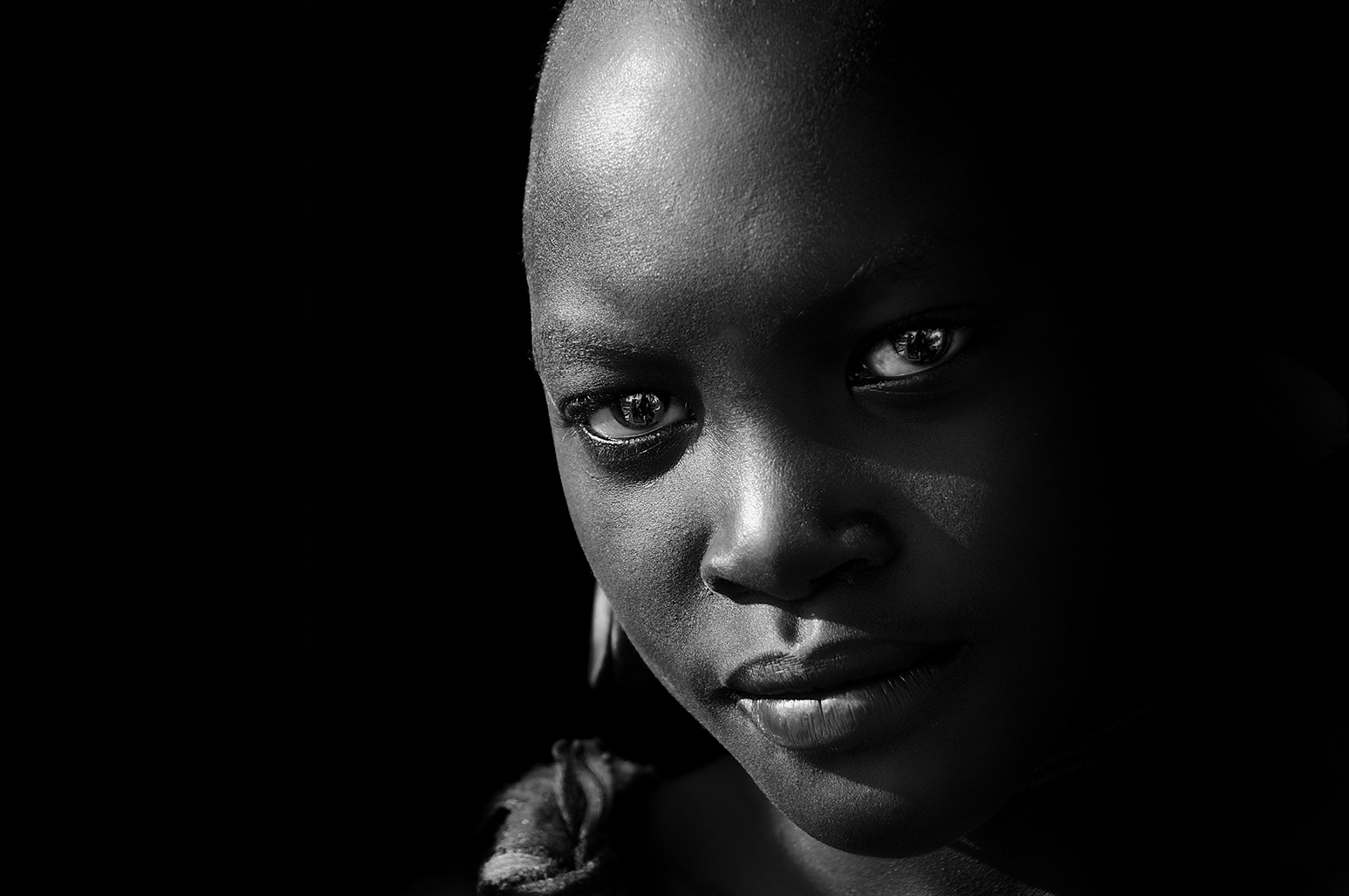 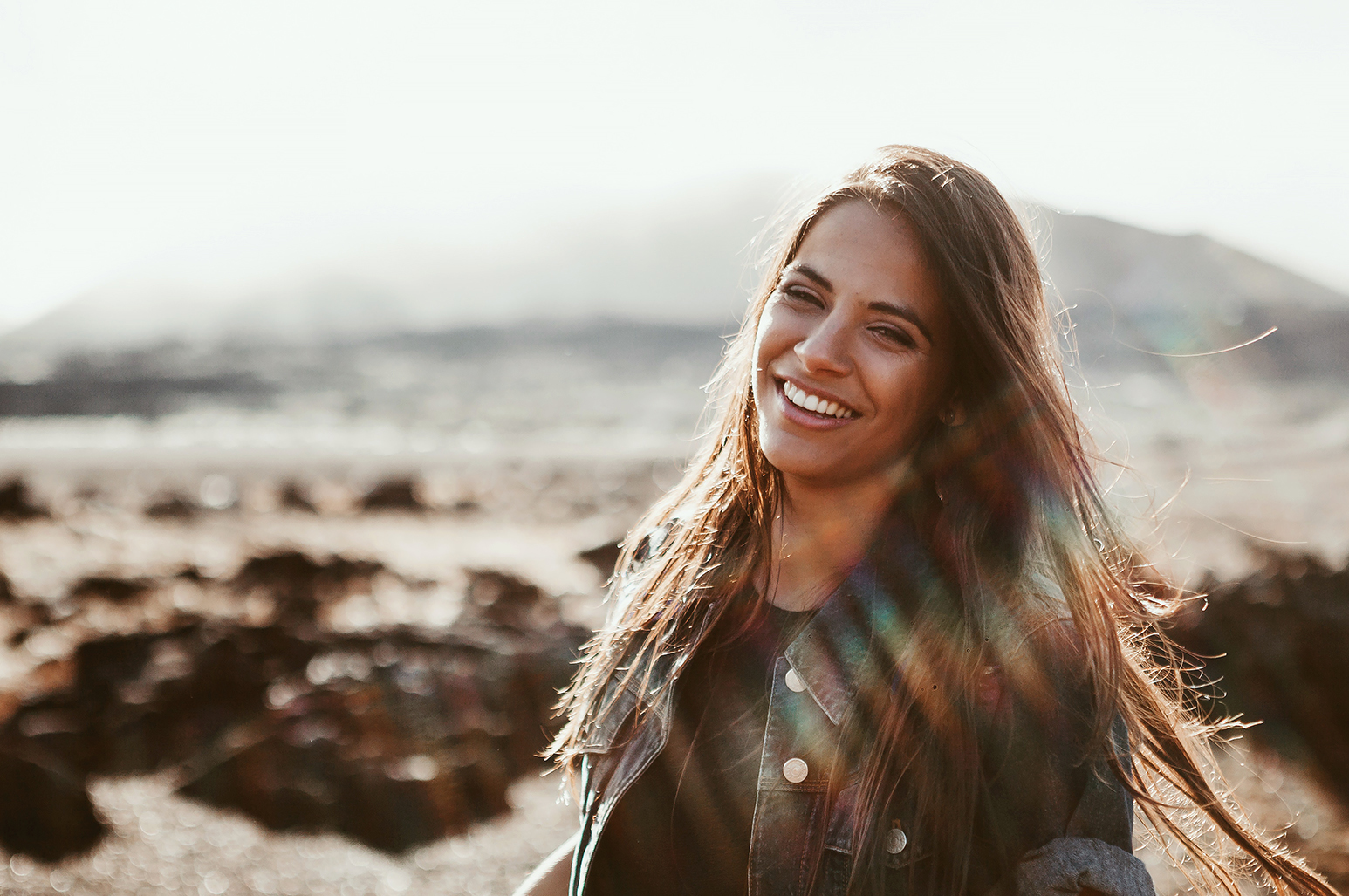 Display white clipping on your camera

Many cameras have the possibility to display which pixels are completely white within your photograph by flashing from white to black. Within the manual of your camera or on the internet you can find how this works for your specific camera.

When you have a Nikon camera, you should be able to view this by looking at your display and pressing the ok-button to the top or bottom until you see the highlights being displayed as a flashing item. With a Canon camera you click the “display” or “info” button (depending on the model), until you see this display. For some Canon models you might have to activate this mode within the menu first.

Prev ISO
Next Choose your own settings
Skip to toolbar